I do not subscribe to a “class conscious” philosophy that suggests that I shouldn’t condemn the animal cruelty involved in producing cheap meat in supermarkets because otherwise poor working class families wouldn’t be able to afford it, or that the environmental movement shouldn’t try to end cheap flights because otherwise working class families might not be able to take their one holiday a year to the costa del sol. I think that animal cruelty and environmental destruction are issues that concern everyone regardless of class.

But at the same time, I don’t think we should forget the following facts:

* The average banker thinks the average income in Britain is £50,000.

* Before Thatcher came to power, one in ten people lived in poverty. As of 2010, that number is now one in five.

* Of those people living in poverty, over half have a job. It’s just a shitty, low-paid job that can’t support them and their dependants.

Now, I should state that the reason that I bought this book was because I was at Marxism 2011 and heard Owen Jones, the author of Chavs: The Demonisation of the Working Class, talk on the subject. It turns out that what he said was very little different from the content of the book, but the fact that I was sufficiently horrified and riveted to buy it should tell you much.

Owen Jones opens his book with the claim that mocking the working class is the only acceptable prejudice in our culture. Everyone of my age has grown up with the podgy, swearing, burberry covered, Croydon facelift wearing, caricature with several children stropping behind her on her way to Primark. He started to write the book after attending a friend’s dinner party where someone made the light-hearted joke, “Shame Woolworth is closing, where will all the chavs buy their Christmas presents?” Jones points out that if anyone at the party had said “paki” or “fag”, they would’ve been ejected immediately, “but working class people are pretty much the only section of society that you can say virtually anything about”.

He’s pretty right, though I wouldn’t be quite so quick to pronounce racism, sexism and homophobia dead quite yet. But in an era in which the Mail on Sunday can make the fact that Peter Mandelson had not, in fact, broken up with his boyfriend page 3 news (as I read once with some disbelief), the fact that middle-class Madeline McCann can command front page news for months on end when working class Shannon Matthews’ kidnapping was actually overshadowed by coverage of possible sightings of McCann nine months after she disappeared seems to prove Jones’ point.

I think the forgotten point in Jones’ book is that stereotypes aren’t based in nothing. The only time I have ever heard someone used the word “paki” was from someone from inner Hartlepool, who stopped the entire room dead with his comment and seemed genuinely surprised that everyone didn’t share his sentiment. My last review was on a sex researcher who demonstrated that working class people do have sex younger, with more people, and with more pregnancies than middle class kids. I think that this omission is a shame, not because I think that we should be trying to protect our prejudices at all, far from it – I for one finished the book and hatched a deeply illconceived plan to move to the middle of an estate in Middlesborough on the basis of this talk by a South African who moved to a black township in order to confront his latent racism – but in order to ask the question: “Why does it matter?” 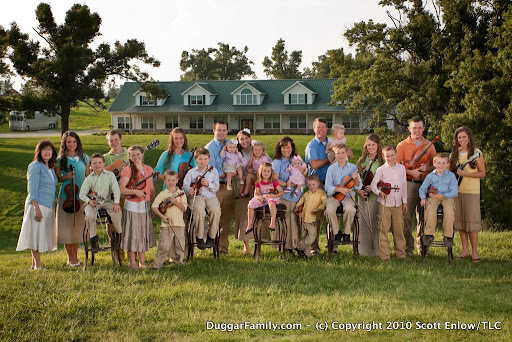 Why does it matter to you that someone loses their virginity at 14 instead of the national average? What gives you the right to look down on someone because they shop at Woolworths instead of Waitrose? Is there some sort ineffable superiority in quinoa over crisps? The only thing that ever truly worries me about class differences is that working class people seem to be much more keen to sort out disputes with their fists than words. But if, as the interesting named “Korn Artist” put it in Eminem’s track When the Music Stops, “When you ain’t got nothing left but your word and your balls”, what else can you use? But I being sidetracked here, in much the same way that the government likes to hide the fact that we lose £70bn a year in tax evasion by blaming people on benefit (which costs us £1.5billion which in any case is equal to to the total amount of benefits that goes unclaimed every year). Because the true point of this is not whether some, a lot or, or even all working class people are fat, violent, or fecund, it’s the fact that some of the poorest, ill-educated, neglected people who exist in our society are treated like shit by the rest of us, called lazy (even though they can’t find work in their areas), greedy (because their jobs can’t pay for their rent and they have to live in substandard housing inherited from their parents), and pregnant from puberty (even though in 2007, 11% of pregnancies were to under twenty year olds, the same as in the 1950s). The Tories are doing their very best to perpetuate that stereotype, with Tim Loughton even saying that we should imprison pregnant teenagers:

“We need to send a message that it’s not actually a good idea to become a single mum at 14. It is against the law to get pregnant at 14. How many kids gets prosecuted for underage sex? Virtually none. What are the consequences of breaking the law and having irresponsible underage sex? There aren’t any.” I will let that stand as it is and let you think about the practicalities of imprisoning pregnant fourteen year olds.

Chavs is filled with sentences that you just have to stop and say “What?” Jan Moir wrote on the death of Jade Goody: “A vulgar loudmouth, she initially appeared on the show as some Hogarthian lowlife. First we have this godforsaken wedding, then the christening of her children, then an ungainly, lickety split spring to death and the ultimate chav state funeral.”

Or, “The son of a railway signalman, John Prescott went on to fail his eleven plus and became a waiter in the Merchant Navy. … Tory MP Nicholas Soames, a grandson of Winston Churchill, used to shout drinks orders at him in the House of Commons whenever he rose to speak.”

Or, “‘Old fashioned Tories say there isn’t any class war’, declared Tory newspaper editor Peregrine Worsthorne, ‘New Tories make no bones about it: we are class warriors and we expect to be victorious.'”

There’s quite a lot more stuff like that, you’ll have to read for yourselves. After doing so myself, I’m still prepared to admit I’m not keen to walk down roads with working class kids hanging around on street corners (because all their youth clubs have been closed and they can’t get jobs) – I’m never been sworn and shouted at by a middle aged pinstriped banker, after all, and my friends who have been robbed weren’t mugged by elderly asian ladies in saris. But I can’t even begin to start to cover the chapter after chapter detailing how working class people are forced to live on manky run down estates with little access to amenities and education, working in jobs where they can that are transitory and low-paid, attempting to raise children in environments where they have nothing to offer them and with few opportunities of social mobility, and for all their trials, being constantly mocked, derided, and despised on every television channel, newspaper front page, and middle class neighbourhoods everywhere for “not being good enough”. I defy you to read this book and not feel that maybe Marx had a point, if this is the way, as a society, we treat the majority of its citizens.

Check out the book and its reviews on Amazon here:

At the beginning of the article: The first fact is just common knowledge as far as I am aware – the BBC references it is this article: Just what is a big salary?

The second fact re the average salary were from a survey of a range of occupations – most people who are higher tax earners think that the average income is somewhere around their own. It comes from a survey done by the TUC that you can find the details of here: Stuck in the middle with who?

There are some very pretty graphs regarding national income on Wikipedia: Income in the United Kingdom.

The remaining three facts are from the book itself.

The issue of tax evasion is a tricky one, as since the rise of UKUncut I have seen estimates from £25bn to £120bn a year, with most estimates around the £70bn mark. The PCS, a public services union, says £70bn, and has a very long examination of tax evasion with statistics, graphs and charts available here, for the geeks among you: http://www.newstatesman.com/blogs/the-staggers/2011/11/tax-avoidance-justice-network

I actually calculated the issue of benefit fraud by finding a statistic on the entire benefits system and then dividing it by 100 to reflect the fact that fraud actually only accounts for 1% of benefit expenditure (a statistic which should be especially outrageous when you consider the amount of time the government spends banging on about scroungers bankrupting Britain when we spend just under that servicing our national debt a WEEK). That link is here.

If you allow for different years and the somewhat sketchy nature of national statistics, it all roughly adds up.

5 thoughts on “Chavs: A Review of The Demonisation of the Working Class”